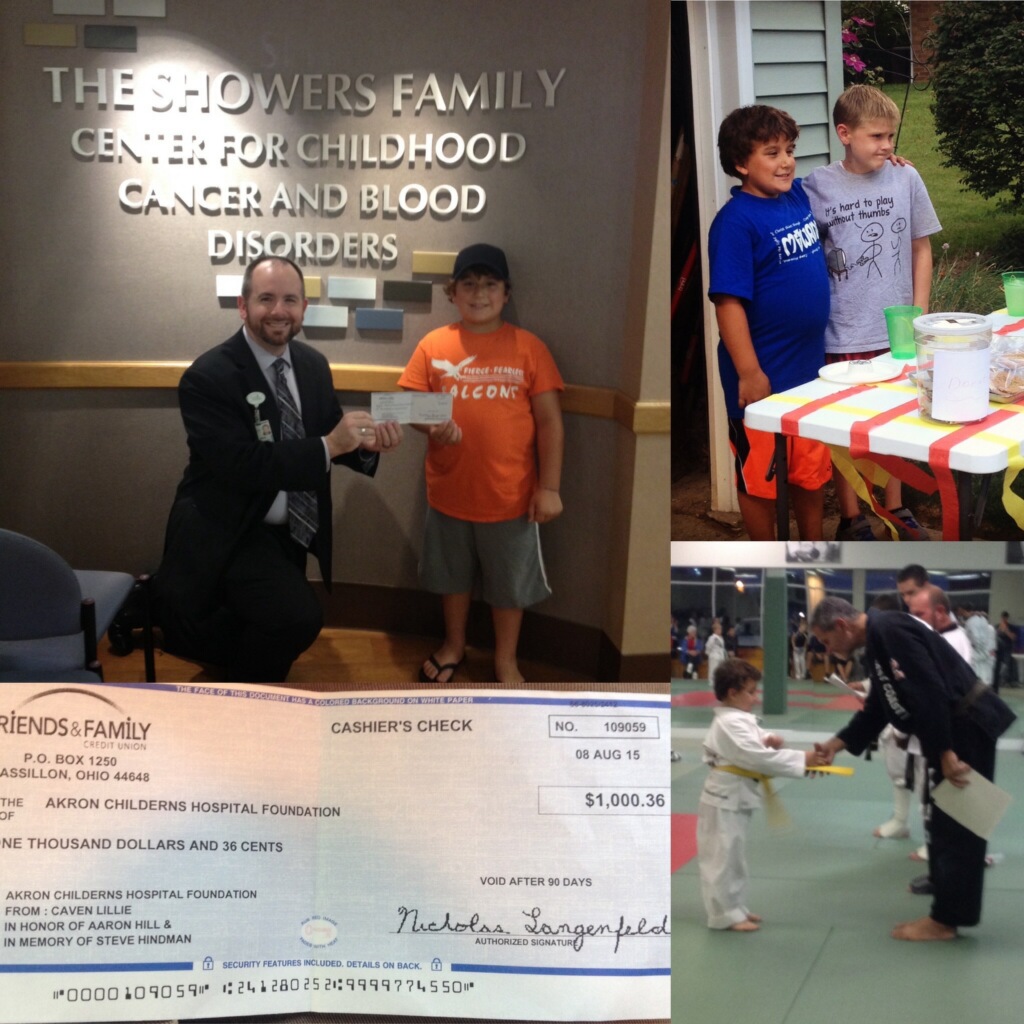 Caven is a great kid and has had many positive influences in his life within his family, his school, and the community. One of those influences is his best friend, Aaron, who was diagnosed with leukemia when they were in third grade. Instead of spending his summer playing video games, Caven decided to take action to Change the World.

Caven raised $1,000.36 through a donation-only lemonade and fresh cookie stand this summer. He followed in Mr. Hindman’s footsteps and gave the donation to The Showers Family Center for Childhood Cancer and Blood Disorders at Akron Children’s Hospital. When asked where, specifically, he would like the money to go, Caven chose cancer research in hopes that they may find a cure for his friend Aaron.

We are very proud of Caven for all he has accomplished! Caven’s family at home and his family here at East Coast Martial Arts  would like to thank everyone who has supported this young man, whether it was baking cookies, making signs, or simply getting the word out. Thank you!

Caven would like to let everyone know that at this time, Aaron is in remission and enjoying life!